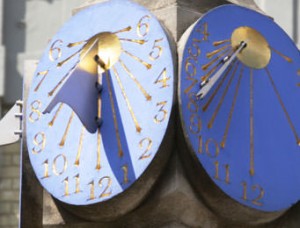 Chancellor George Osborne surprised many during his Autumn Update with this afternoon’s statement regarding the immediate reform of Stamp Duty Land Tax (SDLT, or just plain Stamp Duty to many). These reforms are set to polarise the market being welcome news for a high number of current or aspiring purchasers, but very much unwelcome for those purchasing at the upper end of the market.

The rather antiquated way in which the government charged a ‘slab tax’ rather than a tapered system, much like income tax, has been challenged from all corners of the market for as long as anyone can remember. The differing charging thresholds for SDLT have always been a bone of contention, causing a negative effect on demand and values at those thresholds, in many cases hampering the market.

These reforms will no doubt be welcomed by the wider UK residential market where, according to the Chancellor, 98% of the population will be better off when purchasing a property.

However, the remaining 2% are largely those purchasing property in London and other prime areas around the country in excess of the ‘magic figure’ of £937,500 where the balance begins to tip in favour of the Government, or does it?

The Government is actually predicting that its revenue from SDLT will reduce over the next two years as a result of these measures.

Over the last 12 months transactions in excess of £1m have provided around 30% of national SDLT income (approximately 21% of that from transactions in London, a massive boost to the economy from the capital), however the new rules are bound to have an initial negative effect on transaction levels and values at the middle to upper end of the market.

However there is confidence overall numbers of SDLT receipts will rise through a higher number of transactions at the lower end of the market, in the hope it will free up following the lowering of stamp duty making homes slightly more affordable (which will no doubt appeal to the middle-England vote in the lead up to a general election).

There are bound to be repercussions throughout the higher value ‘prime’ markets, however this is perhaps the trigger for a correction many have been anticipating for some time, and possibly the end of the Mansion Tax debate once and for all.

It certainly gives much needed clarity, and as we have experienced in the past following legislative changes the market always finds a way to correct itself given a little time.

In summary, under the new system, anyone purchasing in excess of £937,500 will be worse off (apart from an anomaly between around the £1.1m mark where buyers will actually pay less tax than before) and no doubt many upmarket agents & conveyancing solicitors will be working their socks off until 11.59pm to get deals exchanged before the changes take effect at midnight to ensure buyers of property priced in excess of this figure don’t get stung with significant extra costs.

The new system does end the issue surrounding properties priced near the thresholds for the old SDLT rates, whereby the cost of purchasing a property just over the threshold was disproportionately higher than that of a property priced just under, in turn creating a clearer and fairer market across the board.

So, yes it will be more expensive to buy a higher value property from midnight tonight, but with the looming spectre of Mansion tax, this was going to be a given just for owning a high value property in the first place.

The revised system certainly seems a more clear cut way of the Government getting its hands on revenue from higher value properties to appease those in favour of higher taxes for the wealthy (and the Mansion Tax), whilst at the same time saving the average voter money when the time comes to buy a home.

The new SDLT rules are as follows: