Following an unusually busy December & January, a lack of stock in February has pushed rents up and voids down, especially in the market for one bedroom flats. We’ve seen an increased number of tenants looking for quality accommodation up to £700 per week, with particular interest in portered blocks. 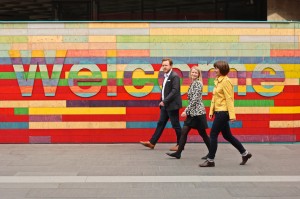 With many of the flats currently on the market not physically available until April, a mini-drought of one bedroom accommodation in March will continue to encourage increased rents in this price bracket – for example, in February Tavistock Bow agreed three consecutive lettings of one bedroom flats at a £50 per week premium over the asking rents of £550 pw.

During the same period, there was a dip in enquiries for two bedroom flats between £750-900 per week, however we expect this to change over the coming weeks and we’ve already experienced a slight increase in enquiries.

There has been renewed interest in the £1000-1500 per week bracket, particularly from corporate tenants. We recently let a superb penthouse on John Street WC1 within 48 hours of marketing commencing, at the asking rent of £1325pw, a positive sign for the months ahead.

We see the West End & South Bank rental market continuing to thrive with ever increasing interest from overseas tenants coming to London for business and education meaning a constant demand for high quality well priced accommodation. This, combined with a lack of supply in the sales market and uncertainty caused by the looming general election will keep demand strong from domestic tenants as well.