The lettings market followed a typical seasonal cycle during spring with activity levels lower throughout March and April following a busy January and February. This meant void periods began to creep up in certain price brackets, although with a continued shortage of good quality stock, rents have remained stable. 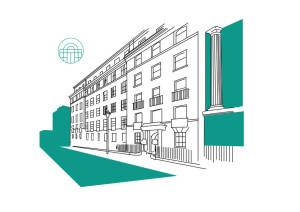 However, May and June saw the expected ‘bounce’ and demand levels have surged across most price ranges with tenants looking to secure something prior to the summer, but we’ve also experienced a marked increase in available property.

The most significant rise in demand has been for two bedroom apartments in the £850-£1000pw bracket, an area which has been quiet for the last few months.

We’ve found that properties coming to market early and not available until August or September are already being snapped up, creating pressure on the mid-term pipeline of supply which we expect will push rents up and voids down in the traditionally busy periods of late August and early September.

This increase in demand has been triggered in part by the return of the wealthy overseas students seeking property well in advance of the new academic year and securing the best apartments before the traditional late summer rush, even paying several months rent in advance when a property may not even be occupied over the summer.

We’ve recently let three such apartments in a sought after development on Bedford Street WC2 for £650 per week (at only 474 sq ft, achieving a premium of £71psqft) with minimal voids.  We expect this trend to continue over the summer with demand outstripping supply.

Over the coming months we anticipate renewed interest in the market for three bedroom flats priced between £1200-£1750 pw as the demand from corporate tenants increases ahead of new contracts starting during the summer. Properties in portered blocks generally attract the highest level of interest.

An example of this is a three bedroom apartment in WC2 that we recently let having received asking price offers from two corporate tenants within 48 hours of it coming to market at £1,300 per week.

There is an increased demand for furnished property at present, so landlords are advised to be flexible when it comes to furnishing, but also recommend tenants consider supplying their own furniture to give them a greater choice of apartments. With so many options from various furnishing suppliers in the market, there is generally a solution to suit most situations, tastes and budgets.