Tavistock Bow’s Anne-Marie Murphy gives her overview of the West End residential sales market over the past year. 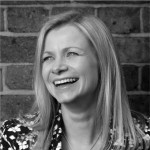 The previous chancellor’s Stamp Duty reforms of 2015 and the creation of a “fairer tax relief system” which begins to take effect from April 2017 have no doubt had a significant impact on the residential sales market across prime central London, more so than any perceived impact of Brexit or a Trump election.

Transaction levels above £2M across London are significantly lower compared to the last few years, although stock levels are also low as people hold on to their assets, which perhaps explains why values are remaining fairly stable for the few transactions that are being completed and despite the uncertainty created by Brexit, sales are being agreed at similar levels to the same time last year.

We’ve seen an increase in interest from European buyers taking advantage of the weaker pound, and an upturn in enquiries from American buyers seeking both higher Dollar value and security in London bricks and mortar anticipating President-Elect Trump’s early months in office creating uncertainty in US markets.

We’ve also seen an increase in enquiries from tenants who have rented in the area for some time now seeing value in buying property if they intend to stay long term.

The number of high profile new ‘luxe’ developments in Covent Garden & Soho have pushed £psqft values up over the  last couple of years, but buyers are looking for perhaps better value in more traditional second hand stock, of which there is still a distinct shortage. Saying that, research by London Property data source LonRes indicates that values have risen as much as 80% in the West End over the last five years.

Our view is that Seven Dials represents some of the best value property in Covent Garden achieving around £1500-£1750 psqft compared to £1800-£2000 psqft (and in some cases as much as £2500 psqft) for other locations, all of which are still significantly lower than other areas of ‘Prime’ central London. Covent Garden,

Soho and Fitzrovia would appear smart places to buy as values haven’t yet reached the heady levels of neighbouring Mayfair and Marylebone, so although values may have plateaued for the time being, the next cycle will likely see further increases.

We do not expect the new tax implications on residential property to have too much of a negative impact on the buy to let market in the West End, as the benefits still largely outweigh the changes to the tax relief system.

However if you currently own BTL property or are considering investing, we recommend speaking to a mortgage advisor and your accountant to look how the new tax implications will effect your personal situation and advise on the best course of action.

For more market comments and other West End stories, check out the latest issue of INTHEKNOW