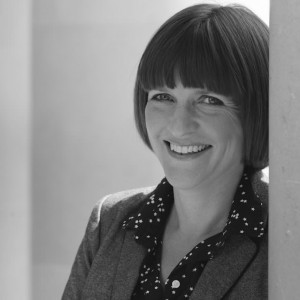 “I believe many agents have been charging excessive fees to tenants for years, amounts that I find hard to justify. We launched Tavistock Bow in 2014 and wanted to be seen as different, our company ethos is all about transparency, so any fees we charge to either landlords or tenants must be fair, reasonable and above all offer good value. I’m sure there are other letting agents out there who feel the same, although we’re perhaps in the minority. The recent announcement doesn’t come as a surprise, but is rather unpalatable for many in the industry, although perhaps for different reasons.

The Chancellor seems to have bowed to public opinion in his first Autumn Statement, and offered a headline grabbing piece of proposed legislation that once again tars all letting agents with the same brush. Surely, the consultation now proposed for the New Year should’ve been undertaken before such a high profile statement of intent. The industry deserved an opportunity to have it’s say and propose a well considered solution to the apparent problem, rather than yet another ill-conceived piece of blanket legislation that does nothing but score points with the media and therefore the public at large.

No matter what the outcome of the consultation, its unlikely No. 11 will backtrack on such a bold statement (even though the actual details remain somewhat sketchy), so it appears the industry has once again been backed in to a corner.

However, the fact that there is a debate on the matter makes it clear there are issues to be addressed, issues that are perhaps different outside of the central London market in which we operate, so forgive me if my comments are a little London-biased. Either way, an alternative approach would be preferable to what we now face, which is yet more uncertainty both for the tenant (consumer) and the industry as a whole.

I honestly believe a more a sensible solution would be to cap the fees agents charge to tenants, regulated through mandatory membership of a professional body and redress scheme for anyone operating in the private rented sector.

Further regulation of the industry would be no bad thing, provided it’s gone about in the right way.

Tavistock Bow are members of ARLA, the RICS and the Property Ombudsman, operating a best practice policy within the guidelines of these bodies, as well as those of the Mayor’s London Rental Standard (a standard that should perhaps be adopted in other towns and cities?). If it were mandatory for all letting agents to become members of these professional bodies, the industry could self-regulate caps on fees being charged to ensure consumer fairness within the market, which in turn would hopefully weed out the more unscrupulous agents who charge exorbitant fees for no other reason than financial gain.

There are costs, both time and financial, involved in vetting prospective tenants and administering the finer points of what is a fairly complex contract between two parties, a contract which in the most part (through statute) actually favours the tenant. On top of this, most cases see the referencing of tenants outsourced to a third party credit reference agency, who in turn charge a fee for their service, its not the agents charging in this case. I believe all parties to a tenancy would agree that the provision of references and a credit score prior to the signing of a legally binding contract is not an unreasonable expectation, even if there is a charge involved.

Landlords have been given a hard time over the last few years with more complicated and ever changing legislation, as well as some fairly punitive measures imposed by HMRC. Letting agents need to keep on top of all this to ensure they can advise their clients appropriately, yet it’s the agents and landlords that are always depicted as the enemies of fair consumerism. Regular headlines state that there is a desperate shortage of housing in the UK, therefore Landlords provide a much needed product to the market, letting agents are ones who keep the market turning.

We’re all for fairness in consumerism and are willing to embrace the sharing society of today, however there are costs that need to be borne by someone. Landlords are incurring more costs than ever, putting pressure on letting agents to both reduce their fees and increase the rent achieved.

Tenants want affordable rents, no upfront costs, perfect properties that are managed flawlessly and landlords who oblige them their every wish (and someone to let them in when they lock themselves out).

Landlords want perfect tenants with impeccable references, who pay their rent on time and look after the property as if it were their own, (and who never make a fuss if the washing machine breaks down for no apparent reason).

These are not unrealistic expectations but only really achievable in one of the two following scenarios:

A.  In a perfect world

B.  With the investment of time and money