Saturday 18th April sees the return of Record Store Day, now in its eighth year in the UK and an annual celebration of all things vinyl & independent, so where better to celebrate than the home of some of London’s most influential independent record stores, Soho. 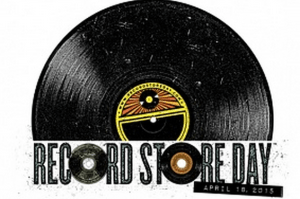 Many of Soho’s independent record stores and other Soho traders are joining forces to create a mini street festival along Berwick Street and make it a memorable day for music fans and local residents.

As well as a live stage hosted by BBC6Music’s Shaun Keaveny featuring artists including John Cooper Clarke, Young Knives, Lazy Talk, DJ Yoda, Ryley Walker, 2 Bears & Gang Of Four, there are planned special vinyl and CD releases and various promotional products which are made exclusively for the day available in participating stores from 8am.

Soho is being closed to traffic as Sounds of The Universe and sister store Soul Jazz plan to rock the block with a free barrio-style street block party with a soundsystem in full effect and DJ’s playing inside and outside the store all day from 9am.

Check out this video from the 2013 event for a flavour of what to expect!

Soul Jazz Records will also have a pop-up shop in the street selling loads of Soul Jazz goodies, merchandise and reduced prices on releases.

Over at electronic music specialists Phonica on Poland Street, they’ll be be stocking around 300 special releases on the day and open from 9am so their advice is to get down early. Again, there will be DJs playing in the shop from 12 noon and a party in the basement space from 4pm until 8pm, where they will have some surprise special guests from a classic DJ synonymous with a particular sound to a huge headliner who always rocks the party!

All in all it’ll be a day to remember and a true reminder of what makes Soho so great.