Summer is finally upon us and what better way to embrace it than with a spot of alfresco movie night action. The last few years have seen a number of venues emerge across the capital for catching a favourite classic under the stars, snuggled up with a blanket and a glass or two of something.

There are some great choices right on the TB_HQ doorstep so here’s our top picks for where to catch an open air flick this summer:

The Film 4 Summer series returns to Somerset House from 6-19 August with an eclectic mix of great movies including a Withnail & I / American Werewolf in London double bill, environmentally-themed anime Princess Mononoke and something current with Guy Ritchie’s much anticipated Man from U.N.C.L.E. reboot 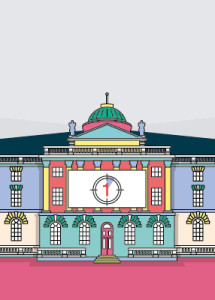 If you fancy catching a bit of proper culture, then head to Trafalgar Square on 3rd July where the BP Big Screens will show a performance of Mozart’s Don Giovanni broadcast live from the Royal Opera House, with the Royal Ballet following up with Romeo & Juliet on the 22nd September.

It’s the perfect opportunity to get an opera or ballet taster without having to shell out for a ticket! 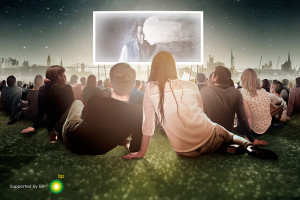 The Silent Swoon film festival will return to St. Martin’s Courtyard in Covent Garden later in the summer, the clue being in the title (think cinematic silent disco). The courtyard is home to some great eateries including Bills, Jamie’s Italian and Suda Thai so book a courtyard table for al-fresco dining whilst catching one of the films on offer. Last year’s highlights included the Talented Mr. Ripley & Rebel Without a Cause, swoon indeed! 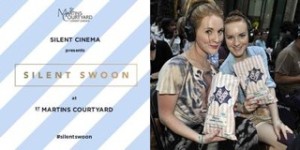 Over in The City, One New Change on Cheapside is playing host to The Luna Cinema on the impressive roof terrace with its breathtaking views of St. Paul’s Cathedral. This will surely be one of the most memorable outdoor cinematic experiences with some great movies on show including Birdman, In Bruges and The Grand Budapest Hotel. 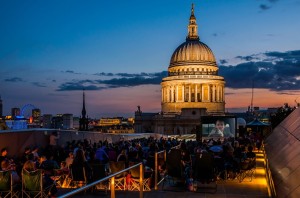 Although not on our doorstep, it’s surely the ultimate cinematic experience and hailed as the cultural event of the summer, this year the legendary Secret Cinema are creating their unique and immersive experience around fan boy favourite, The Empire Strikes Back (in TB_HQ’s humble opinion, the best episode of the Star Wars franchise, JJ Abrams has his work cut out to beat this for sure…). Obviously, the details are largely secret(ish) but there are still tickets available, watch this space for a TB_HQ review in a later blog… #excited #maytheforcebewithyou #wearerebelx 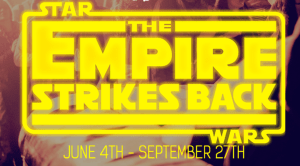