Director Hannah Read gives her overview of activity in the West End residential lettings market over the Autumn. 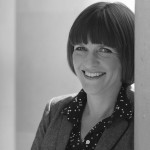 The lettings market had a strong Summer/Autumn with good demand over the last few months. June to September are typically the busiest months of the year and 2016 continued to follow suit, however the market was hard to predict on a short term basis, with demand up during some weeks and then dropping off for no apparent reason.

Demand over the last quarter has on the whole been good. The market is more price sensitive than earlier in the year, with the majority of lettings agreed at an average of 5% below asking price. We’ve seen a number of properties reduce asking prices in order to secure tenancies and reduce the risk of potential lengthy void periods over the winter, traditionally the quietest time of year.

The average rent achieved by Tavistock Bow in Q3 for Covent Garden
& Soho was £640 per week, following previous trends as the majority of properties available during the period are under £1,000 per week.

Lettings seemed to benefit from the uncertainty in the sales market earlier in the year with applicants perhaps delaying a purchase around the time of the referendum, but after a busy September stock levels dipped in October but demand also decreased.

Early November saw an increase in enquires again and stock levels are
increasing so demand is being met.We’ve also seen an increase in
demand for furnished accommodation, so Landlords are having to be more flexible in order to get lets agreed.

There is a marked increase in tenants requesting six month break-clauses, rather than the security of longer fixed terms, tenants citing job/location uncertainty due to Brexit as the reason for needing more flexibility. We have some fantastic new stock coming to market prior to Christmas, including a brand new exciting scheme at Mercer’s Walk between St. Martins Courtyard Langley Street, and we predict
that December will be an active month with tenants wanting to be in before the Christmas break