It’s St. Patrick’s Day and London feels like its become an outpost of Dublin for the day as everybody seems a little more carefree than usual and increased sales of stout have landlords rubbing their hands.

Now we’re partial to a pint or two o’ the black stuff on occasion here at TB_HQ and we’re lucky enough to have some of the best available in the capital right on our doorstep.

So, if you’re in the West End and looking for a place to find the best craic this side of the Irish sea, be sure to grab yourself a pint of Ireland’s finest at one of these tried and tested establishments to avoid disappointment! 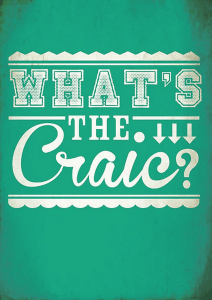 Its an obvious choice but this Soho institution has remained unchanged for as long as we can remember and is pretty much an homage to the black stuff, with its floor to ceiling Guinness posters doubling as wallpaper. If you’re not in the mood for a pint, why not try one of the several Guinness cocktails on offer (who knew?). They also have a great selection of Irish Whiskey and also offer classic Celtic dishes like stew and colcannon.

Sometimes regarded as a bit of a tourist destination, you can’t beat the quality of the beers on offer and Porterhouse was granted the gold medal at the Brewing Industry International Awards (as big an honour as you can get in brewing!). The stouts on offer are proper Irish: handcrafted in Dublin and shipped over to London. The place is huge so plenty of space to settle in for a couple of jars even when it’s busy

Another Soho institution, another sprawling maze of staircase and passages with four separate bars. You can get lost in here for hours, but rest assured its cozy and inviting and you’d never go thirsty as there is plentiful choice of Irish tipples and and extensive menu of Gaelic-influenced fare, not to mention one of the warmest welcomes in the West End, oh and it has a tree in the middle…

‘it’s a long way to Tipperary’… actually Fleet Street isn’t far from TB_HQ at all and this super traditional Irish pub lays claim to be the oldest in London (established over 400 years ago) and the first place outside of Ireland to stock bottled Guinness. It even has a shamrock mosaic tiled floor, how much more authentic do you need?! 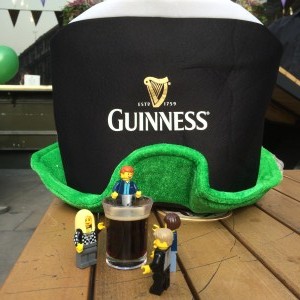