The first quarter of 2015 saw the market hold its breath prior to the general election, the eventual outcome of which was without doubt a positive one for property owners, however the market bounce many had predicted in Prime Central London hasn’t materialised, yet. 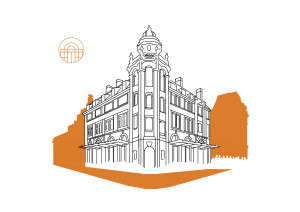 Even though the threat of a Mansion Tax is now a distant memory, buyers have still felt the strain through the recently amended Stamp Duty Land Tax charges and thresholds, which have certainly impacted the Central London market. However, demand for properties below £2m remains strong with a lack of quality stock keeping prices buoyed, although we’ve seen a drop off in the number of enquiries from prospective buyers due to the lack of choice in the market.

There are a high number of luxury & ultra luxury homes being marketed in the West End, many commanding record premiums, and in the sought after ‘Super Prime’ hotspots of Mayfair, Belgravia & Knightsbridge and to an extent now Marylebone, these prices are being achieved, although the overall number of transactions has fallen. In the wider ‘Prime’ areas such as Covent Garden, Soho & Fitzrovia, record premiums are being sought, but perhaps taking longer to achieve than in the traditional super-prime hotspots as things have slowed, but inevitably the market will catch up as infrastructure improves with positive impact of Crossrail, and the areas develop a growing international appeal with investors and UHNWI’s.

With the increase in values across in W1 and WC2, Bloomsbury and the other WC1 districts that make up Midtown are witnessing somewhat of a renaissance, with a high demand for property across most price ranges. In recent years, these areas have represented good value compared with other traditional prime London locations and buyers are clearly seeking the next prime hotspot with a better scope for growth in the short to medium term.

Being the primary conduit between The City and West End makes it a unique geographic proposition and an area earmarked for major investment over the next few years. A varied mix of architectural styles including classic Georgian terraces such Great James Street, John Street & Doughty Street (and the absolute gem that is Bedford Row), attractive garden squares such as Queens Square and Bedford Square, Victorian mansion blocks including Ridgmount Gardens & Bedford Court Mansions, charming mews such as Doughty Mews & Johns Mews and an increasing number of new developments, combined with a village atmosphere and a sense of being a bit of a London secret give the area it’s unique identity and atmosphere.

We’ve recently completed the sale of a stunning apartment in a new development on John Street, one of Bloomsbury’s prime addresses. With its high specification and a superb roof terrace just perfect for the summer months, we achieved a figure of £1,513psqft, which is comparable to figures achieved on a regular basis in the historically more sought after postcodes of WC2 and W1, so a sure sign that for the right property, Bloomsbury is now attracting handsome premiums and its label as a de-facto ‘Prime’ London district is surely on the horizon.